The CogPhi Research Group consists of researchers at Lund University, the University of Zurich, and the University of Copenhagen dedicated to the study of philosophical topics from the perspective of cognitive science. An overarching goal is to provide a mind-centered explanation of any natural phenomenon, such as for example knowledge, intelligence, and the mind itself, as long as it can be lucidly conceptualized.

This is done by analysing how humans interpret and represent natural phenomena via the existing cognitive and neurological capacities that are available for us to understand the world and ourselves, which sheds light on the natural phenomena themselves as well as on our relation to the world.

By reviewing leading frameworks in cognitive science regarding their ability to explain concepts in philosophy, we strive to identify strengths, weaknesses, and underdeveloped areas in these frameworks. Moreover, we believe it fruitful to integrate models from different levels of analysis to further this goal.

We are thus interested in how sciences such as cognitive neuroscience, cognitive ethology, cognitive psychology, and artificial intelligence research, as well as the different frameworks that have been developed within these sciences, can be applied to questions explored in, for example, metaphilosophy, epistemology, philosophy of science, and philosophy of mind. 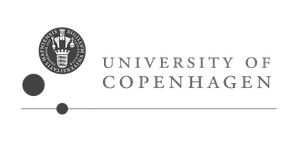 We conceive cognitive philosophy as a metaphilosophical approach to truth-seeking, with the core principle being that it is mind-centered, in the sense that all phenomena stand in relation to the mind as the mind is what recognizes or constitutes phenomena. Following a cognitive scientific approach, cognitive philosophy is also naturalistic, in the sense that we hold empirical evidence to defeat intuitions, and it is pluralistic, in the sense that we claim that it is crucial to allow different relevant scientific perspectives, on multiple levels of analysis, in order to better understand and explain natural phenomena, as is frequently done in neuro- and cognitive science.

Contact us by emailing us directly, or by using the form.